Victoria may be Australia’s second smallest state, but it is home to the largest number of individual wineries with more than 600 cellar doors, all in close proximity to the cultural and culinary hub of Melbourne.

With its temperate climate and diverse geography of rugged mountains to stunning coastlines, Victoria is regarded as one of the most versatile wine-growing regions in the world.  Each area has its own unique personality, with different foods, nature, and local culture and producing its own set of varietals.

King Valley Prosecco Road is the home of Australian Prosecco with a rich Italian heritage. This area is worth the three hours drive from Melbourne. Centered on the King River with rolling hills, lush landscapes, the areas has a soil rich in nutrients for cooler climate mountainous grapes. It became a mecca for Prosecco in the early 2000’s and is known as Prosecco Road today.

Wine in this area started in 1889 with the Brown Brothers, when John Frances Brown came over from Scotland to Milawa Victoria with his family during the gold rush.  The Victorian government, under the auspices of Australian viticulturist Francois de Costella had decided this area had a fabulous climate for planting vineyards. King Valley’s location in the valley allows the vines to heat in the summer days with the wind in the evening cooling the fruit to produce more aromatic wines.

After 130 years with innovation at their core, the fourth generation of Browns are in charge.  They are all sisters working in the business. Katherine is the first female winemaker; Caroline is the director of PR; and Emma is in marketing.   Katherine says “Wine is intimidating, we want to make it feel approachable. If we can introduce wine in a setting where it’s relaxed, it’s much easier to step into it.”

In the late 1950’s and 60’s, Italians started emigrating to the region as the soil was perfect for growing tobacco. Tobacco was a highly successful and profitable business at the time until the Australian government implemented a quota system on the growing and selling tobacco due to the increased awareness of the risks of smoking.  A switch was made to growing grapes instead.

Otto Dal Zotto grew up in Valdobbiadene, where Prosecco originated, and the bubbly was on the table at every meal.  In 1997, missing Prosecco in Australia, he and two of his sons, Michael, the winemaker and Christian, who leads the sales and marketing team, decided that they would pursue the making of Prosecco and found the grapes necessary in Adelaide.

It took two years to get enough cuttings to plant three rows of grapes (300 vines) in 1999. In 2004, Otto released Australia’s first Prosecco.  They produced only 375 cases in that year, and it was in such demand they had to set a limit of three bottles per person.  Today they produce over 40,000 cases per year.  The other wineries in the region began to follow suit and today, with each family having their own style, the houses engage in what Ross Brown first called, ‘Co-opertition’ with one another; competing yet cooperating to give people a reason to come and enjoy their premium wines on the Prosecco Road food and wine trail. 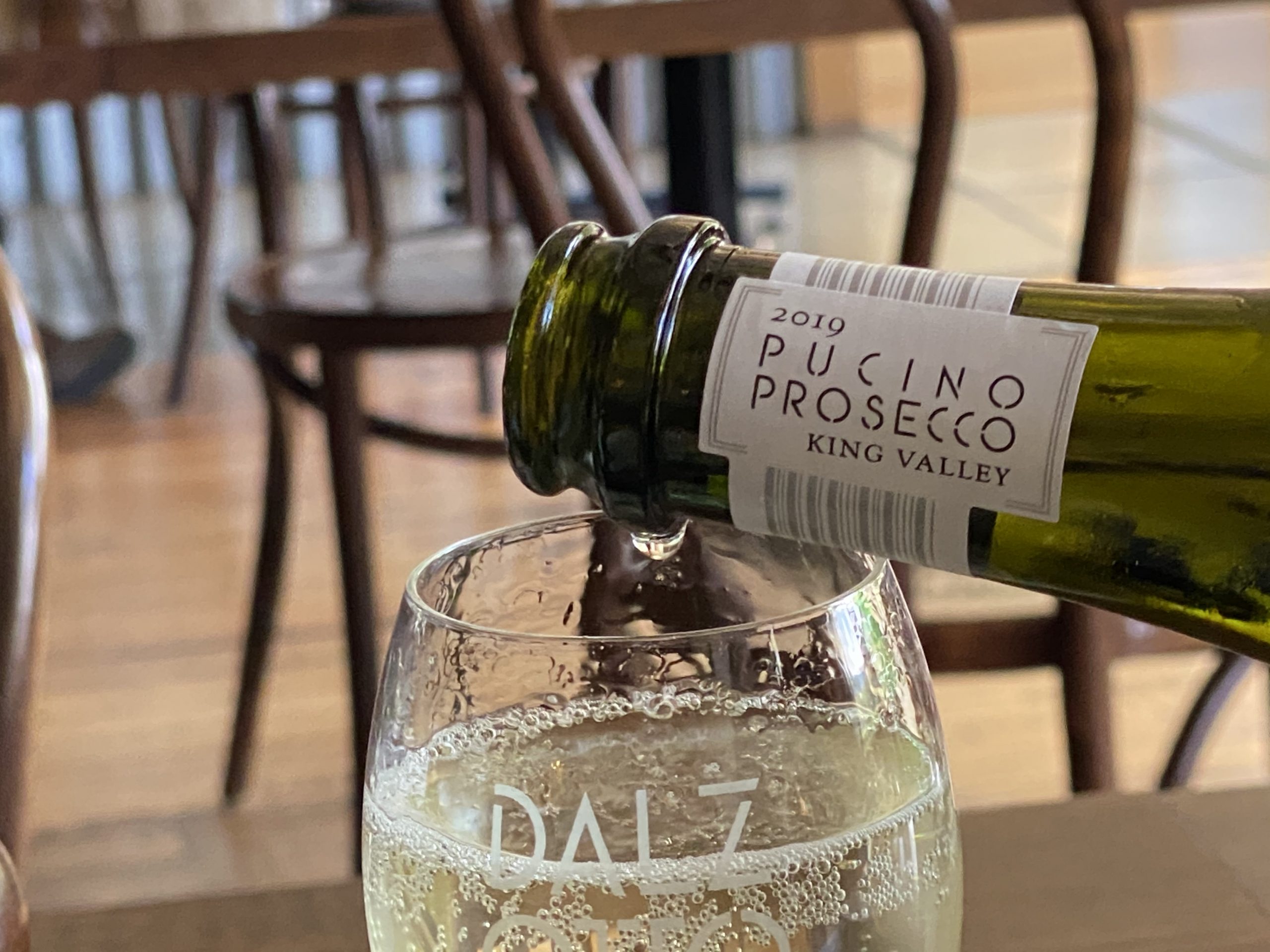 All the wineries in King Valley are consistent in the belief that Prosecco sets the tone for the start of any meal.   Each one of these wineries has a cellar door, the common Australian term for a wine tasting room, and very tasty eateries.

Dal Zotto is now owned by Michael and Christian Dal Zotto.  Otto, 72, is still very involved in the care of the 100 acres of vineyards. The house’s wines are elegant with finer tannins and even finer flavors. Michael’s favorite is the Original Prosecco, while Otto enjoys the bottled fermented Col Fondo – style.  They serve both with homemade Italian food in their restaurant.

Pizzini winery is Alfred “Fred” and Katrina Pizzini winery with all four of their adult children, Natalie, Joel, Nicole and Carlo involved.  Pizzini began producing wines under its own label in 1994.

The family produces multiple Italian- and French-style wines, with Prosecco entering their portfolio in 2008. All the wines are ready to drink, as the winery cellars it before it reaches the customer. Consistent with their Italian heritage, and using their understanding of the soil, all the grapes are hand-picked and the base wine is rested on yeast lees after fermentation.

Chrismont is Arnie and Jo Pizzini’s winery.  Arnie came to Australia with his father and brothers in the 1950s. He worked chopping wood and with the tobacco growers in late 50s and early 60s. Like the rest of the family, he got out of the tobacco business and started planting vineyards and raising cattle. Arnie married Jo in 1980, and they produced their first two wines in 1996. They’ve been making Prosecco for 20 years now, one year after Dal Zotto’s first release. The restaurant serves extraordinarily delicious Italian food from a kitchen which is oddly enough headed up by an Indian immigrant Chef who considers himself more Italian than any of the family. 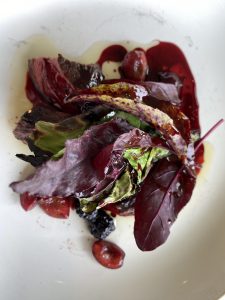 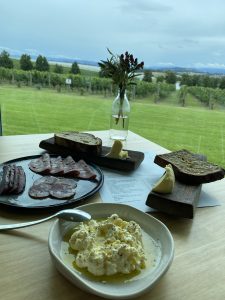