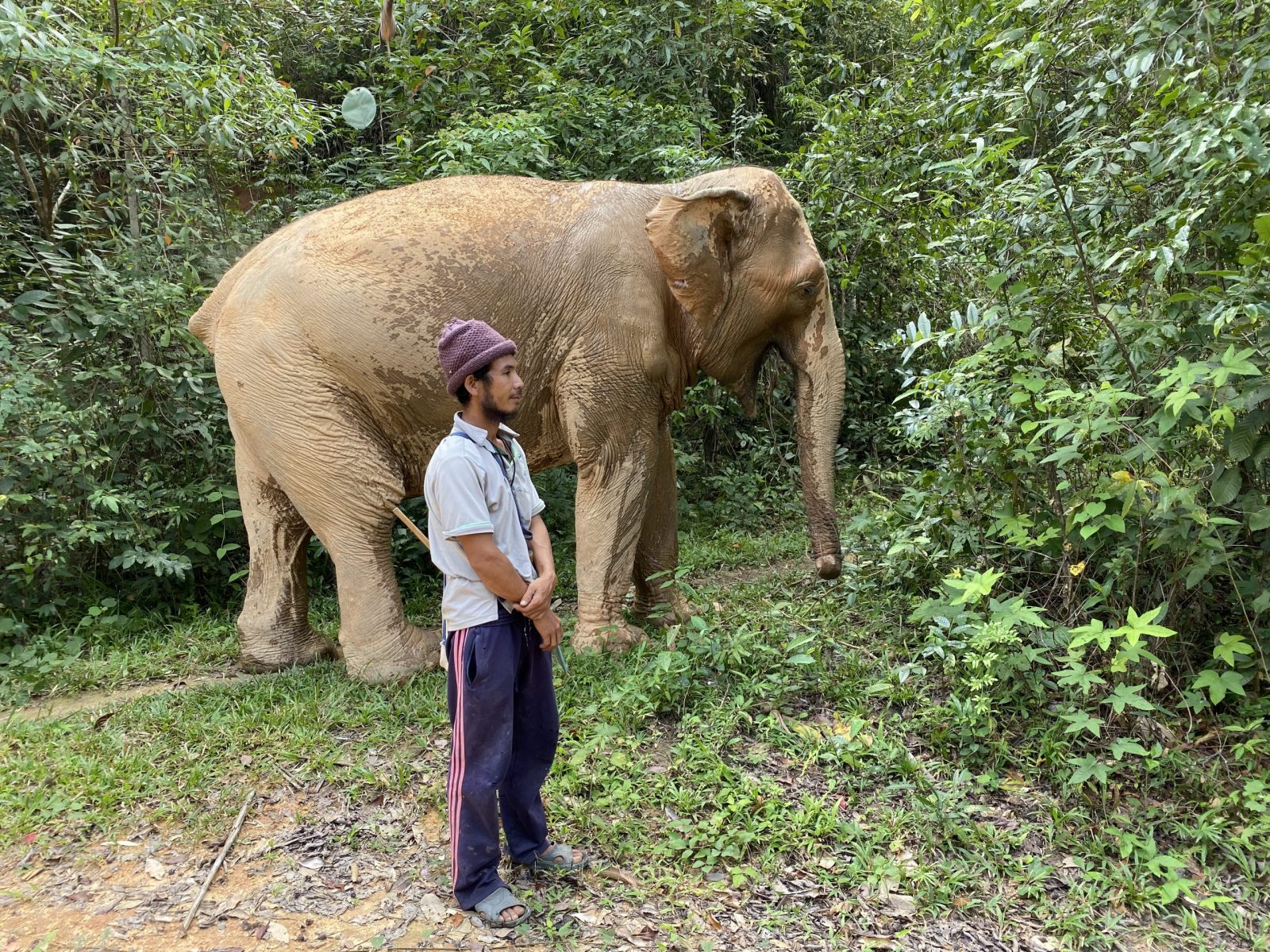 Chiang Mai, in striking mountainous Northern Thailand, is known for its beautiful ancient temples, but also for the best elephant experiences in the country.  Currently, about 20% of the 3-4,000 elephants in Thailand live in the Chiang Mai area.  Half of all Thai elephants are domesticated.

With more concern over the safety of this endangered national animal, there was a conference in Bangkok that established a new model for elephant businesses in Thailand.  The conference set up new criteria, changing permissible activities for tourists from bathing and riding to more ethical, observation-only experiences, and instituted new protocols for elephant management and care, and training regimes for the elephants’ caregivers called Mahouts.

Chang Chill was chosen as the sanctuary to test the business model.  Ownership closed what was then known as the Happy Elephant Care Valley for five months and re-opened less than a year ago as Chang Chill, meaning “relaxed elephant,” an observational – only environment where visitors observe the six resident females in their natural habitat over the course of their normal day.  The consistency of this routine, according to owner, o, results in a “better life and welfare for the elephants.”

Six female elephants live at sanctuary, the number that can be handled safely, giving them the correct amount of roaming and feeding room.  Females have short tusks and don’t fight.  There is plenty of mud in the park, which the elephants love for cooling off and using as a bug repellant.

A visit to Chang Chill takes some time.  The schedule looks like this:

From 8 – 9am, elephants get their exercise.  Sometimes their mahout will ride them and sometimes they will walk them.  From 9 to noon, elephants feed in the jungle.  It’s within this time frame that guests are allowed to observe the large mammals in their natural habitat, accompanied by a guide. For the next hour, the elephants are given water and then they receive a banana or sugar cane snack from custom-made feeding tubes, followed by lunch.

Visitors to Chang Chill also make the elephants medicine balls, that include jungle herbs, bana grass, rice and other ingredients to help them digest and make them thirsty.  Guests watch the elephants eat lunch, and then leave the premises.

After lunch, the elephants hang around the river.  Sometimes this is until 2:30, but it can be up until 5pm.   At 5pm, the elephants go into a night enclosure where they are chained.  They currently need to be chained in this structure for their safety, and to stay out of the human zone, but there are plans for building a chain-free shelter of 35 hectares which is big enough for the 6 resident elephants.

It takes a number of people to care for the elephants and run the facility.  There’s a manager; 7 mahouts; two full-time guides; a kitchen helper and a gardener to grown bananas, grasses and other elephant foods.  A vet visits every 3 months or whenever an elephant is sick.

THE ELEPHANTS each have their own unique personalities:

Mae Mun “strong mother” is the oldest elephant at Chang Chill.  She was born in the earl 1960’s in the Mae Chod district.  She spent many years as a logging elephant in Myanmar dragging heavy trees out of the forest before her owners decided to have her join the tourist industry at Chang Chill. She’s a bit of a loner, grazing on the soft grasses by the river or getting her favorite ripe banana treat from her mahout.

Mae Too was born in 1984 in the Mae Hong Son province.  Her name means “Gold” in the language of the Karen, the indigenous hill tribe which populates the area where she was born, and who have a long history of living alongside the elephants.  She’s the biggest elephant of the herd. After a stint in the logging business, her owner’s sons had her working for years in trekking camps in Chiang Mai before sending her to a new life at Chang Chill, where she usually forages in the thickest part of the forest, looking out for bamboo shoots.

Mae Moleko “naughty girl” was born in the early 1970’s in the Mae Chod district.  She weighs over 5 tons.  The mahout that takes care of her at Chang Chill has done so from early childhood.  Years ago while working in the logging industry, Moleko stepped on land mine burning her foot. Without a vet at the time, her mahout treated her with forest herbs and ancient treatments.  She continues ongoing care and treatment at Chang Chill.  Her face is “cute,” a little more cartoony than the others in the herd.

Mae Yuen was born in 1982 in Chiang Mai.  After caring for her for over two generations and working for years in a logging industry camp, her owners decided   to bring her to Chang Chill as one of the first elephants in the herd. “Mae” means mother, but she never had a boyfriend or kids.  She’s easy-going and social and enjoys her retirement playing and splashing in the river.

Mae Gohgae is the real mother of the group, living side-by-side with her daughter Mae Mayuna.  Born in the early 1970s, her labor days were spent dragging logs out of the forest and then as a trekking elephant.  Before giving birth to Mayuna, she had another calf that died after just a few hours.  The mother/daughter have that special bond which visitors hear as the two constantly vocalize together.

Mae Mayuna is the youngest and most energetic elephant in the group, often heard trumpeting and roaring with her mother.  Born in 1989 by the Thai-Myanmar border, where she worked as a logging elephant in both countries for many years.  Mother/Daughter did not always get to work together, but there were always reunited during logging breaks.  Mae Mayuna worked as a taxi elephant in Chiang Mai carrying tourists on her back alongside her mother, but with little free time to spend with one another.  At Chang Chill, they stay side by side. @chiangchill.th

Focus On… Scenic Sydney from the Shangri-La Hotel

Love this building that is home of #lecirque #newy

The ramble is my favorite part of #centralpark esp

Love this building that is home of #lecirque #newy

The ramble is my favorite part of #centralpark esp